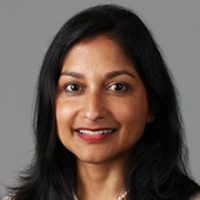 Montana has held several positions during his 15+ years with IDT, including Director of the IDT Serial-Switching division. Before transitioning to the Serial-Switching division, Montana was director of the IDT strategic marketing group, where he was instrumental in many of the company’s acquisitions, including ZettaCom and IMC, which set the stage for the company’sentry into the serial-switching business, and prompted opportunities for the company to have a stronger presence in key market segments, including servers, storage and communications.Montana also served as product line director for the company’s telecommunications, FIFO, logic and timing groups, respectively. Prior to joining IDT, Montana held several product marketing and development engineering positions with companies such as Zarlink Semiconductor, Exar,Raytheon and Hewlett Packard.Montana received a Bachelor of Science degree in Electrical Engineering from the University of Waterloo and a Master of Business Administration degree from Santa Clara University. 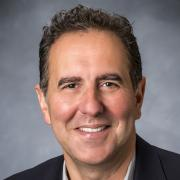 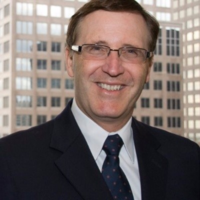 Paul was a leader in Deloitte Canada’s industry efforts to understand the critical issues affecting companies in industries such as energy and resources, telecommunications, cleantech, defense and aerospace, information technology, digital media, social media, and a number of supporting industries. Paul provided consultative guidance and advice to technology, media and telecom companies developing new technologies, across the country, helping them understand the requirements of their end users and their marketplace. He built relationships with suppliers and customers and guided them as they navigated the challenges of business. As a market facing, project delivery Partner, Paul was a leader of teams that provided companies access to consulting resources they required to be successful. Paul also worked with a large and very strong network of innovation organizations at various government levels, investors, inventors and organizations deploying innovative new technology to meet their business objectives.

Professor and Hydro One Endowed Chair, U of Waterloo, Advisory Board Member 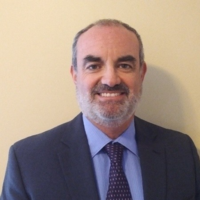 Dr. Claudio Cañizares is a Full Professor and the Hydro One Endowed Chair at the Electrical and Computer Engineering (E&CE) Department of the University of Waterloo, where he has held various academic and administrative positions since 1993.  He received the Electrical Engineer degree from the Escuela Politécnica Nacional (EPN) in Quito-Ecuador in 1984, where he held different academic and administrative positions between 1983 and 1993, and his MSc (1988) and PhD (1991) degrees in Electrical Engineering are from the University of Wisconsin-Madison.  His research activities focus on the study of stability, control, optimization, modeling, simulation, and computational issues in bulk power systems, microgrids, and energy systems in the context of competitive energy markets and smart grids.  In these areas, he has led or been an integral part of many grants and contracts from government agencies and private companies, and has collaborated with various industry and university researchers in Canada and abroad, supervising/co-supervising a large number of research fellows and graduate students.  He has authored/co-authored many highly cited journal and conference papers, as well as several technical reports, book chapters, disclosures and patents, and has been invited to make multiple keynote speeches, seminars, and presentations at numerous institutions and conferences worldwide.  He is a Fellow of the Institute of Electrical & Electronic Engineering (IEEE), as well as a Fellow of the Royal Society of Canada, where he is currently the Director of the Applied Science and Engineering Division of the Academy of Science, and a Fellow of the Canadian Academy of Engineering.  He is also the recipient of the 2017 IEEE Power & Energy Society (PES) Outstanding Power Engineering Educator Award, the 2016 IEEE Canada Electric Power Medal, and of various IEEE PES Technical Council and Committee awards and recognitions, holding leadership positions in several IEEE-PES Technical Committees, Working Groups and Task Forces.

Reshmi advises BluWave-ai on corporate strategy, go to market, and all aspects of human resources. and executive leadership.

Reshmi is a Partner at ghSMART and is an expert in CEO succession. Her 20 years of strategy and leadership consulting make her a valued trusted leadership advisor for Boards, CEOs and senior teams of Fortune 500 companies globally. Reshmi uses her expertise in CEO succession and strategic succession management, C-suite executive assessment, on boarding and development, and senior team effectiveness to deliver value to clients through their leaders. Prior to joining ghSMART, Reshmi was a Partner at RHR International. She served as the Global Practice Leader for RHR's Management Due Diligence serving private equity clients. She co-led the development of RHR's Executive Women Leadership initiative and has been a speaker in several conferences and round tables on the topic. Prior to RHR, Reshmi spent nearly a decade at the Monitor Group where she advised senior executives on company strategy and organizational change. She has extensive experience in a number of industries including financial services, private equity, healthcare, pharmaceuticals, professional services, consumer products, retail, media and communications. Reshmi serves on the Board of Trickle Up, a non-profit organization whose mission is to empower ultra-poor women in building sustainable livelihoods through seed grants, skill-building and participation in savings groups. Reshmi holds an MBA from INSEAD in France, a Ph.D. in Clinical Psychology from Adelphi University in New York, a Masters of Science in Economics from the London School of Economics and a Bachelors degree with Honors from Queen's University in Canada in Math and Economics. Reshmi lives in New York with her husband and three children. Reshmi has lived and worked in the U.S., U.K., Canada, Japan, France, India and Liberia.

Mahshad is a business veteran who created and led a number of technology companies (SpaceBridge, Lantern Communications, Nimcat Networks, Protecode), raising significant venture financing and providing substantial returns to his investors. As a serial entrepreneur, he thrives on expanding the boundaries of innovation, in technology and in business. In addition to his twenty years of success in startups, Mahshad also has fifteen years of executive experience in large organizations such as Nortel, Alcatel and Avaya. He is currently advising and mentoring  entrepreneurs in Canada and in Europe, and learning about medieval history by hiking through ancient European backroads. Mahshad has a Doctorate degree in Predictive Control Systems from University of Sussex in England.

CEO and Founder, Chair of Board

Devashish Paul founded BluWave-ai after an extensive career in the semiconductor industry focused on supercomputing, AI and networking.

During his 20+ years in the tech world, Devashish has lead successful innovations in a diversity of markets at Canadian start-ups, Toronto Stock Exchange-listed and Silicon Valley public companies, managing large strategic product management teams across global operations. He has grown businesses in Europe, Asia and North American from startup to $110M annual revenue. In industry leadership roles, he ran the High Performance Computing Group in the Open Compute Project, started by Facebook to create open industry computing platforms for low latency workloads. Devashish also served as an advisory board member for the CERN OpenLab.

Devashish earned a Bachelor of Engineering degree from Royal Military College followed by a Masters in Electrical Engineering (Digital Signal Processing) and an MBA in Marketing, both from the University of Ottawa. He is a veteran of the Royal Canadian Air Force.

Devashish is a 31-time Ironman triathlon finisher, has coached masters athletes to 100+ finishes, was a coach for 14 years with the Kanata Nordic Ski Club, and has raced for Canada in 10 world championships. When not at BluWave-ai he is usually found at the pool training to improve his 200 butterfly for national masters swimming competition.

Parham Momtahan is a co-founder of the company and was instrumental in building the original BluWave-ai engineering team and the company's patent strategy. He has extensive experience in starting and growing technology companies. Parham was part of the executive team that grew Bridgewater Systems, a mobile service control company, from startup to public listing and a $211-million acquisition by Amdocs. He is an angel investor, and a mentor, to a number of technology companies. Parham has contributed to the design and implementation of many products based on fault-tolerant and scalable distributed systems. He is an inventor on a number of patents and is a member of IEEE. Parham holds a M.Sc. in Computer Science from Cranfield University and a B.Sc. in Physics from the University of Manchester, UK.